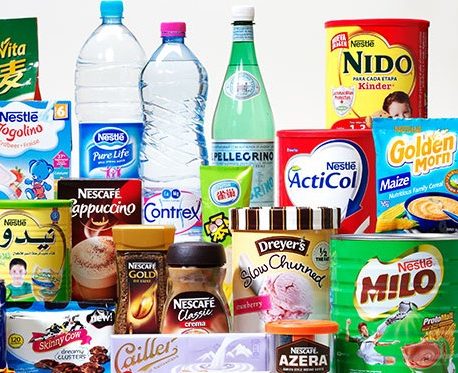 Has it ever occurred  to you how quickly big brands that we have grown to know are giving way or dying to the competition of new brands in this 2017 digital world ?

The creme de la creme brands that has always become a household name and a  product category, what happened to some? In Ghana all toothpaste is included in the retail store and buyers refer to it as  pepsodent, all detergents as OMO, all beer as CLUB etc. Well as the sales agents say, It’s a game. and you have to give in your best shot! Let me explain how these newbies are overthrowing brand giants and how giants like coca-cola has learn to use analytics and big-data to ensure they are always ahead of the competition. To set you on the path, marketing as we all know is not the same again, it has taken a very fast and changing form and if your organization do not move with it , then it would  go down the drain. What has changed is that new brands are quickly adapting to the 21st century way of marketing and they are providing job slot for digital marketer and influential marketers. As the former brand giants continue to embrace the old ways of doing things, the newbies are constantly adapting to digital change and how it affect marketing. Marketing in principles has always contained four strong ‘P”s  that strongly influence how a brand thrives. These four “P’s are the product, price,promotion and placement. These four Ps connectively plays a major influence in the purchasing decision of a customer. In Ghana the most favored of the four P’s is the price.  I call it price per quantity because a typical Ghanaian would pay more for a large quantity of goods that is being offered at a low price. For example in my local grocery store at Kotobabi, there are two people who sells exactly the same groceries but you would always see people trooping into the other competitor to buy more. Why? because that competitor offers his products at a  wholesale price in order to be on top of the competition!! This is some form of smarketing by such  an individual although he is not a brand , but he is building a pool of customers as well as a way of facilitating FCMG using pricing. So what do I mean when I say big brands being swallowed up? To explain that I will bring up my idea that marketing has never being the same again since th 90s’, Elements that once form marketing is now being democratized with the advent of digital tools . The major annals or P’s to ensure a brand survival is by making effective use of of all the four P’s and thinking digitally. As in the case of Kleesoft and OMO and how the former has overtaken competition of the latter.How did they do it? some people would think it was through influential marketing,by using the popular footballer Asamoah Gyan. Yes, Influential marketing counts but it is a no new factor that the OMO industry isn’t aware about. Kleesoft has really made its penetration by adapting a marketing mix that effectively building awareness that we in the digital world are aware of. One thing you have to know is marketing is trend, if a brand rise, automatically, purchasers by word of mouth follow along to ensure it rise. it is like a synchronized affirmative. If a brand falls , everybody desist, people become aware of their environment and are constantingly adapting to new changes. So for a brand to put its head into the game, it has to put its head in digital world game and ensure feasibility of pleasing customers through the four P’s. Source: Seoghana | ET Ampofo
Share